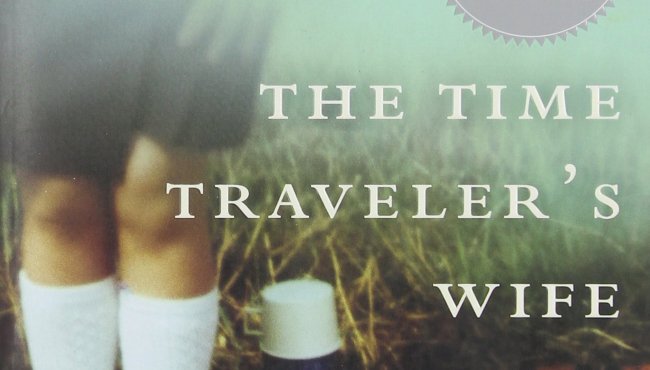 Clare and Henry have a relationship defined by time. Clare was six years old when she first met Henry, while he didn’t know Clare existed until he was twenty-eight. Henry is a time traveler, but not by choice. He has no control over his travels, though they’re often places of meaning.

I used to watch the movie several years ago without ever knowing it was a book first. When I found this for a bargain at the thrift store, I decided it was worth a shot. This was definitely not my usual read. It’s on the longer side (536 pages) and it is adult fiction rather than YA but I enjoyed the film so much that I just had to check out the book.

This book made me laugh and by the end of it I was bawling. The tears couldn’t be stopped with this one. There were several points I had to put the book down just so I wouldn’t drown in my own tears. This is total chick-lit. I grew so close to the characters, especially Clare.

I will admit, I found some of the time travel with Clare’s childhood strange. Especially because of the huge age gap. He was in his 30’s talking to the child version of his wife. I mean, come on. But again, it’s chick-lit. It’s not meant to be taken super literal.

Overall, I really enjoyed reading The Time Traveler’s Wife. It was a beautiful love story that most literally surpasses time. 4/5 Stars.