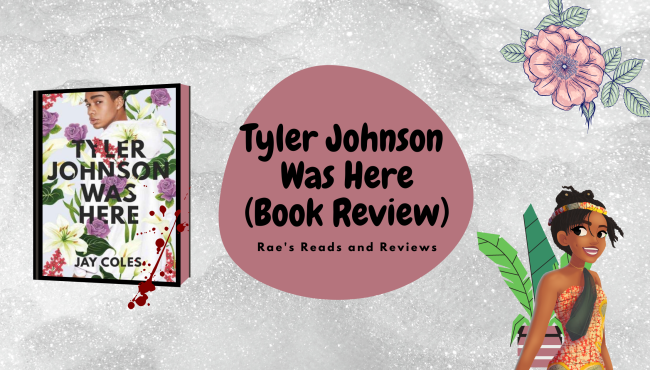 I was debating making this an actual book review because I didn’t finish this book. Truth be told, I did even finish the first hundred pages. Despite that, I had such strong feelings about it and I just needed to let it out.

When Marvin Johnson’s twin, Tyler, goes to a party, Marvin decides to tag along to keep an eye on his brother. But what starts as harmless fun turns into a shooting, followed by a police raid.

The next day, Tyler has gone missing, and it’s up to Marvin to find him. But when Tyler is found dead, a video leaked online tells an even more chilling story: Tyler has been shot and killed by a police officer. Terrified as his mother unravels and mourning a brother who is now a hashtag, Marvin must learn what justice and freedom really mean.

Problem #1: The synopsis revealed too much.

You’re kind of just waiting for everything that it told you to happen from the get-go to happen and I feel like that takes away from the story.

Problem #2: This book felt like it was trying too hard to be woke.

The language used was awkward and didn’t sound like stuff you’d say in a regular conversation. Marvin was so uppity half the time and he talked about the same things over and over again.

Problem #3: The writing style was not my cup of tea.

It was so poetic at times, but I felt like that took away from the reality of the story.

Problem #4: On the basis of reality, this story just didn’t feel real.

The characters weren’t that interesting. I didn’t even get through the first 100 pages. Too much was happening too fast and I feel like the author could’ve spaced these incidences out more. This was all tell, no show.

Problem #5: The narrator tells you what to think.

There is no gray area, it’s all just black and white but that’s not how real life works. It felt like I was being told what I should be thinking instead of letting the book speak for itself. I was surprised with my feelings toward this one, since it was pretty high on my TBR. I was expecting something along the lines of The Hate U Give, but if this book is truly based on real life experiences, then they’re greatly exaggerated.

I’ve been seeing a lot of positive reviews on Goodreads, but nearly all the ones I read were from white women. I feel like this book tugs at white guilt a lot and paints a stark picture, oversimplifying a lot of the real problems. As a black woman, I don’t feel like this was an accurate representation of the issues or real life for that matter.

Have you read Tyler Johnson Was Here?

What were your thoughts?

What are some hyped books that you didn’t like?

What are you currently reading?

Happy Haitian Flag Day 🇭🇹🥳
What’s the last book that made you audibly squeal, scream, or react in a way that had your loved ones questioning if you were okay?
What were your favorite reads of April?
Where are you in your school journey?
What are your most anticipated reads for May?
What was your latest read?
Follow Rae's Reads and Reviews on WordPress.com
Loading Comments...
%d bloggers like this: