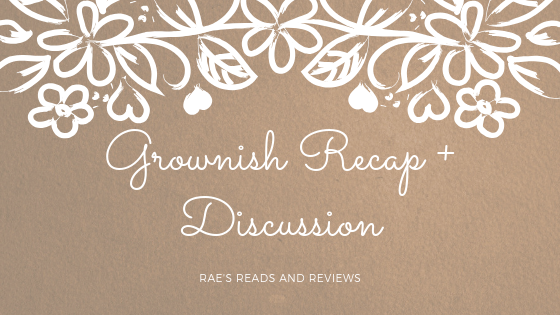 This is the episode I’ve been waiting for. As a mental health advocate at my own university, I know how difficult it is to be a black person in college and the stress that entails. This episode highlighted so many important and often unaddressed issues. I loved it.

My TV was giving me problems, hence the lack of post on Wednesday but we don’t need to talk about all that. Let’s get into this recap.

The episode starts off with another party at Hawkins. It’s the kind where everyone has their own headphones, listening to music. Everyone seems to be having a good time and we’re following this one dude with white dreadlocks, P. J., who’s dapping the boys up. He goes into his room and the next time he comes out, it’s with paramedics.

Zoey’s monologue goes over it all, talking about how college is talked about as this super exciting time but when you get there, a lot of the time you just feel stressed and overwhelmed.

P. J.’s incident is a wake up call for Aaron. Apparently, P. J. was posting a lot of depressing things on Twitter leading up to the incident. Doug tells the boys that with all these rappers making music about depression, a lot of people are just in it for the flex, making it harder to take them seriously.

Aaron feels like this is a serious issue so he calls the Hawkins residents together to talk about mental health. He tells them he’s got shrimp and everyone’s real hurt when they get there and there’s no shrimp.

Aaron asks the group a series of questions about their mental health and the struggles they’ve had.

At first, no one’s really taking it seriously but then Jordyn Woods’ character, Dee, starts to open up about her own mental health issues. She’s had trouble adjusting to the stress of college and missing her parents. Some days, it’s hard to get out of bed.

Apparently, she went to the Health Center about it but the therapist was an old white lady who didn’t seem to take her seriously. Not to mention that she was put on a 2-week wait for a fifteen minute appointment.

Aaron decides that this is an issue that’s bigger than himself. He tries talking to Dean Telphy about it. Charlie’s doing a juice cleanse and trying to beat the system by drinking it all in one day. Aaron tells him that’s not how it works, but Charlie begs to differ.

Aaron talks to Charlie about the issues that the Hawkins students are having and how they don’t have a single black therapist in the Health Center. Charlie says they’ll be bringing in some temporary therapists to handle the long waiting list. Aaron asks him what happens if these problems aren’t temporary.

While this is all going on, Zoey has been rejected by the College of Fashion. She tries talking to her girls about it but they don’t really take her seriously, they’re busy watching a documentary about a 500 pound man.

Zoey talks to Luca about it while trying some of his amazing zucchini bread and he suggests that she explore other options. She decides that she might be interested in psychology (which happens to be my major).

Zoey’s sitting at one of the coffee shops on campus, thinking about her possible new major, when Aaron comes in. They have a heart to heart about what they’re each struggling with.

Zoey opens up about how much fashion means to her and how it can be used to spark social change. Aaron talks about how little the school cares when it comes to the mental health of black students. It’s a good talk and they end up giving each other some great advice.

Aaron decides to start a Black Minds Matter charity and Zoey ends up creating her own major, Sociology of Fashion.

Luca comes by Hawkins with his signature zucchini bread for Aaron. They have a really mature talk about mental health and Luca admits that he’s had his own struggles. He actually thought that Aaron was the one with the incident but they end up pretty cool.

The girls all go to Fundie Run which is this big celebration for declaring your major. One of them ends up falling, I think it was Sky.

The last scene is Aaron walking the halls in Hawkins and hearing some “Sad Boy” music outside one of the rooms. He busts in, not wanting to take any chances. Turns out the people inside were creating life, not destroying it.

This whole episode had me beaming. It was so well done and accurate. Stuff like this happens all the time in college and it needs to be talked about. There’s such a huge stigma surrounding mental health and asking for help, and it’s especially straining in the black community.

I loved all these mature and unproblematic discussions. The one for Hawkins reminded me of the discussions we’ve had at my school’s Black Student Union and the National Council of Negro Women (NCNW) meetings on mental health in the black community. It’s something we should all be talking about.

I like how Zoey’s story was weaved into this so well. But, I don’t want Zoey and Aaron back together. I know I was rooting for them together at the end of last season and even the beginning of this season, but now I’d rather Zoey just do her own thing. She doesn’t need a man.

Aaron is officially uncancelled. He looks like he’s back to the Aaron I knew and loved last season. The Aaron who was fighting for a cause he believed in, fighting for his people. I respect that and I think he’s going in the right direction.

Would you try out Luca’s zucchini bread?

Are you a fan of Jordyn Woods’ character?

How do you manage your mental health?

What do you think will happen next week?